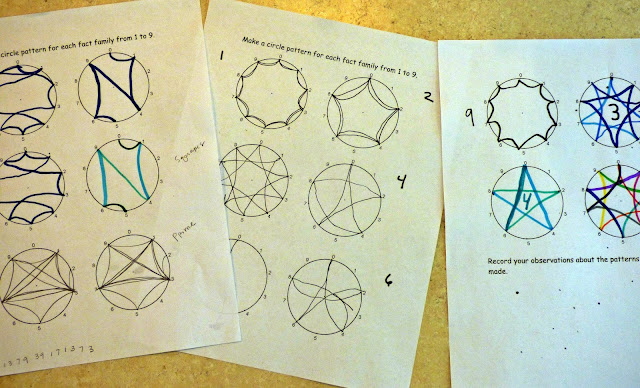 Last week, after seeing a friend post a math activity, I was intrigued.  The activity was to skip count multiples around a circle (like a dot-to-dot) and watch what shape the numbers created.  While tracing around the circle, repeat the number that was present in the 'ones' column.

Well, we might have had too much fun with this.  I only took a picture of three of our sheets.  We have dozens.  Dozens.  For us, the fun came from watching the patterns emerge.  It was like real-life math Spirograph.  And then, watching what numbers created the same patterns as other numbers.  And then, there was a pattern that emerged between the numbers that would create the same pattern. There is so much order with math.

Once we skip counted all times tables up to fifteen, we decided to try the squares.  Then the cubes.  Then prime numbers.  Etc.  Even the prime numbers formed a pattern and weren't completely random.   My 14-year-old son then spent the rest of the afternoon attempting to figure out and explain why some patterns matched.  Critical thinking at its best.
. 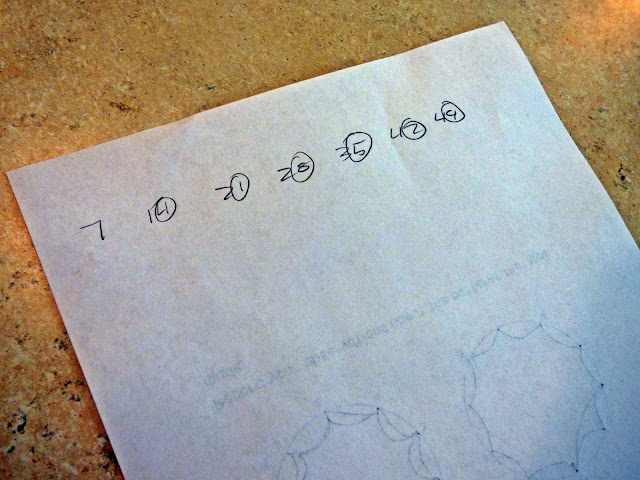 Give this a try if you need a new creative way to drill times tables.  You can find circle printouts on page 4 and 5 of this link.  (The link includes an entire lesson plan on the subject.  However, I would recommend parents try the activity BEFORE reading the lesson plans.  Have fun observing and identifying the patterns before reading the answers!!)
Posted by Anne at 8:54 PM