Last week, my children and I covered our dining room table with paper and drafted a timeline. Included on this timeline were the scientists my son has studied this semester.  He indicated who was the scientist, when s/he lived, where s/he lived, and what was his/her major contribution to science.

Once we had the timeline laid out, it was easy to discuss with my children what major world events influenced certain scientific discoveries -- like the Renaissance for Copernicus and Kepler, or World Wars for Curie and Einstein. 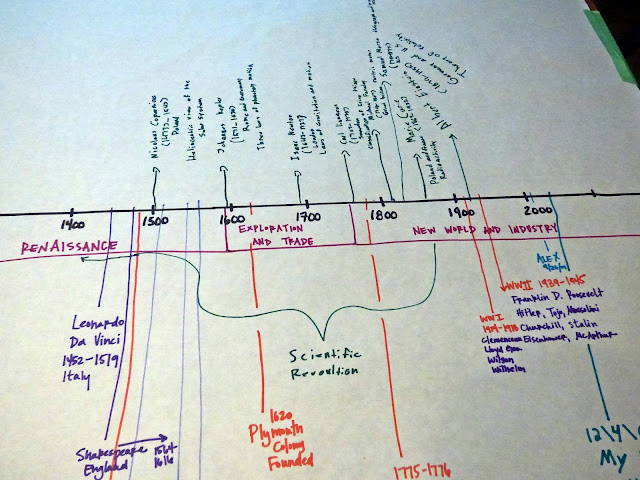