On Saturday, our son raced in the South Regional of the Foot Locker Cross Country Championship. 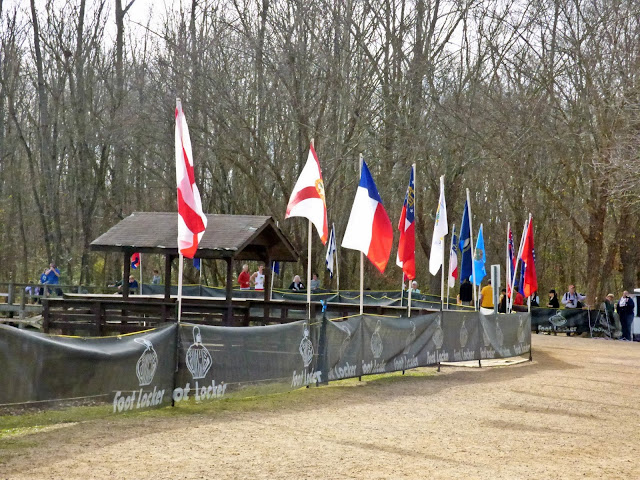 We became aware of the race about five weeks ago.  Competing in the South Regional are cross country runners from Alabama, Arkansas, Florida, Georgia, Kentucky, Louisiana, Mississippi, North Carolina, Oklahoma, Puerto Rico, South Carolina, Tennessee, Texas, Virginia, West Virginia, and the U.S. Virgin Islands.  However, the race is held annually in Charlotte, on a course that is practically in our backyard.  For that reason, our son was encouraged by his coach (and us) to run.

Since he's 14, he needed to run a 5K.  He only ran one other 5K road race this season with a time of  22:10.  His goal was not to win this race.  Some of the fastest runners in the nation were present.  His goal was to beat his previous 5K time and hopefully clock in when there was still a 20 on the clock.

He worked harder for this than I've ever seen him work.  Even though the season was over, his coach kept an abbreviated practice schedule during the week.  On the weekends, my son spent his Saturdays running sprint intervals, and he spent his Sundays running the race course twice.  One of the aspects I love about running is that an athlete is always able to train to beat their own personal goals.  Fortunately, he's seeing the results of that. 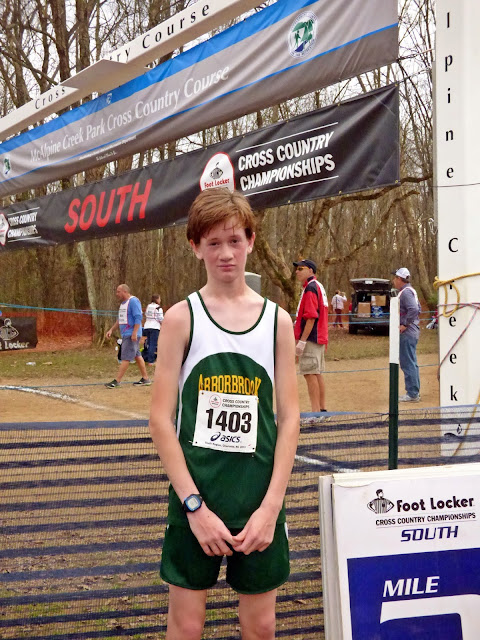