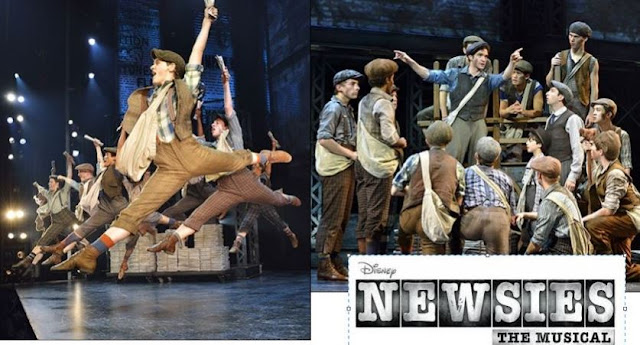 We loved the show, and I would highly recommend it to others.  The show has a predominantly male cast, so the dancing is highly entertaining and impressive.  We also admired the New York City set.  Naturally, the American history involved in the tale definitely makes the show worthwhile.
Posted by Anne at 8:55 PM