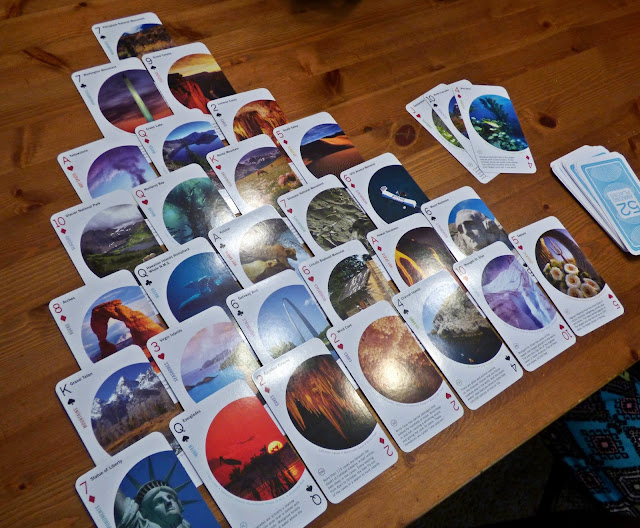 We've been reviewing our math facts with a game I remember from my childhood, Pyramid Solitaire. The object of the game is to remove all the cards from the pyramid while making pairs of thirteen.

The pyramid is arranged with 28 cards in seven rows.  Face cards value at King - 13, Queen - 12, Jack - 11, and the Ace equals one.  Cards from the pyramid can be played once they are exposed.  We've been using a traditional three card flip from the stock.  The game moves pretty quickly and is fun for all ages.  Like most forms of solitaire, winning is rare.

The game can be made easier for younger children by removing face cards and making pairs of ten.   Or rather than a three-card flip from the stock, flip cards one at a time.
Posted by Anne at 2:23 PM