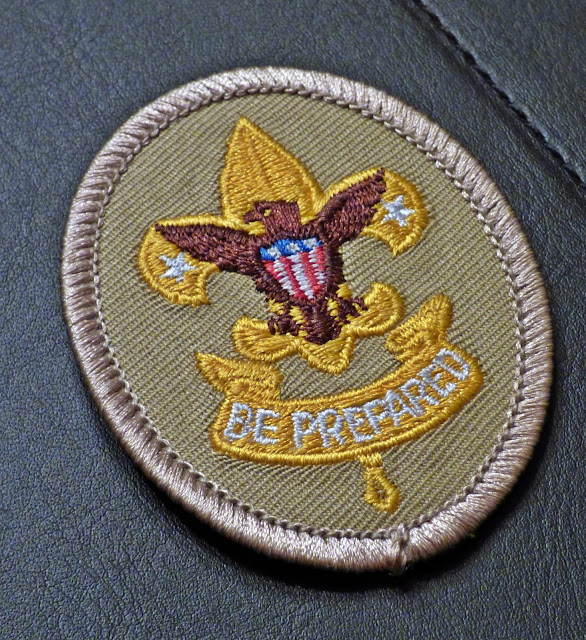 In June of 2014, my son earned his Second Class rank in Boy Scouts.  Ideally, it would have taken him less than six months to earn the next rank, First Class.  This is a pivotal rank because statistically Scouts who earn their First Class on time tend to stay in scouting longer.  My son was on track to receive this rank rather quickly, checking off dozens of requirements at each meeting or event.

He was short one requirement.  He needed to serve as the meal planner and cook for an overnight camping event.

In the fall of 2014, he was unable to make this happen.  Even though he participated in a campout every six weeks, there were older Scouts in his West Virginia troop who needed to fulfill the requirement before him.  He was bumped from the role more than once, and to be honest, he didn't mind.  He was dreading fulfilling the requirement.

In the spring of 2015, he was unable to make this happen.  We began our commute and transition to Charlotte, and unfortunately he was unable to attend the campouts as regularly as he had before.  We didn't realize how close he was to the requirement, or we would have made this a priority before our move.  He finished his time in his West Virginia troop one requirement short of his First Class.

In the fall of 2015, he ran Cross Country.  We located a new troop, but from the beginning his participation was limited.  With his Cross Country schedule, he was unable to attend any campouts last fall.  Everyone his age was already at the higher rank, so he was not eager at all to attend any events or make any new friends.  His desire to be involved was fading each day.  Some Monday evenings, it was a battle just to get him to the meetings.  Parents battle with teenagers about so many things.  Did we really want to add this to the list?  He was busy with a new sport that he loved.  He wanted to quit.  It was a natural time for him to quit.  Many times, we wanted to let him quit.

Plus, he was still dreading fulfilling the requirement.  He didn't even want to complete it with his very familiar West Virginia troop.  Now he was in a new troop, knowing no one.  He basically had to begin his First Class requirements all over again.

We kept communicating to our son that this is not something that can be done later in life.  Once a boy is 18, his Scouting days are over.  When we were teenagers, my husband and I did not follow through on many activities we started.  We often think of the people we would have become had we approached our teen years differently.  Committing to finish this rank made our son embrace the character development, ethics, values, and leadership skills that the Boy Scouts boasts.

In early February, our son had the opportunity to fulfill this requirement.  He meal planned, camped, and cooked with his new troop.  He spent the rest of the month discussing with his troop leaders his previous rank requirements (which wasn't easy because several were checked off as early as 2013!).

He could not have been more pleased and proud. Nor could his parents.
Posted by Anne at 11:07 AM