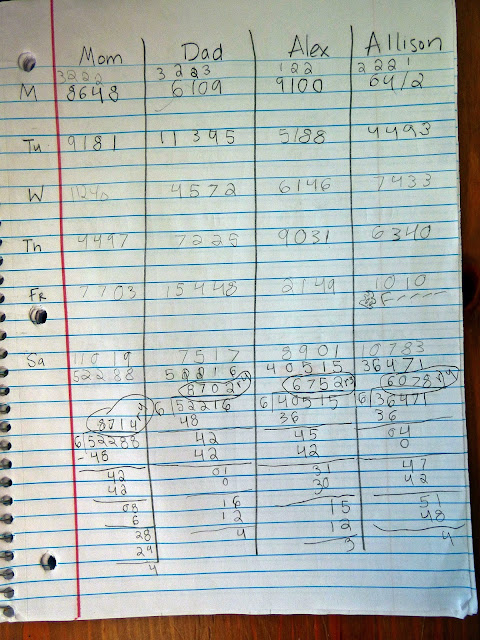 For our son's birthday in September, we purchased him a Garmin Fitness Tracker so that he could monitor his running pace and distance.  It was an appropriate gift at the time because of his new attraction to the sport.  In October, my husband and I impulse-bought Fitbit pedometers.  My daughter was eager to join in on the fun, so for Christmas she received her own Garmin tracker.  My goal for my daughter was actually two-fold.  First, so that we all could monitor our activity level.  Second, for her to have some additional math work each week.

For a family that considers themselves pretty active, I was actually surprised at how much we weren't moving during the school day.  We were moving if we had something scheduled, like a class or an event.  Otherwise, we were pretty sedentary.  Especially if the weather was lousy. This was not the case when my children were younger.  Most days, I could hardly get them to sit still.  As they've aged, during downtime, they've gravitated toward sitting, reading, using a computer, playing on a phone, etc.  They are active in the afternoons at scheduled activities.  But during the day, no one was moving very much.  Mom included.

I'll try to not sound too much like an Activity Tracker commercial.  However, once we started monitoring our daily movement, especially during the school hours, we truly began moving more.  And everything about us changed.  (I mentioned some of this in my recent post on the February Doldurms.)  The trackers have been a great addition to our daily schedule.

Since we all had a different style of device, we figured the easiest way for us to compete as a family was to have my daughter tally up our steps at the end of the week.  Then she finds an average and also the percent.  She is not permitted to use a calculator.  We're always trying to sneak more math into her life.  This has been a huge win! 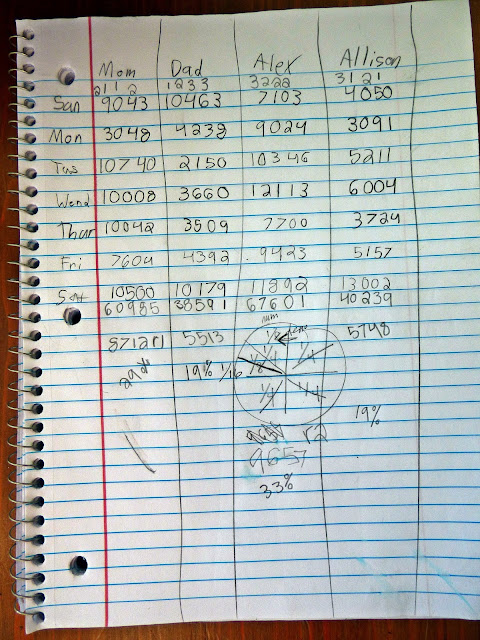