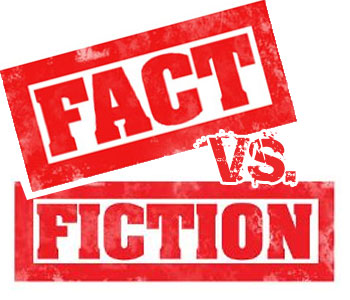 My son has had a recent change to his schedule which granted him some spare time to take an online creative writing course.  This is a new, but wonderful, activity for us, and I look forward to posting about some of his assignments.

One of his first assignments was a twist on the old icebreaker, Two Truths and a Lie.  His assignment was to introduce himself to the class with a short story about his life.  He had to include three facts, but the rest of the story could be fiction.

He wrote the following paragraphs, and if you know him (or anything about our lives) it might be fun to guess what is true.  There are actually four facts and two additional rather accurate descriptions of him.

Had he not waited until the last minute to complete the assignment, he definitely could have unpackaged the story a little more.  But, he did finish the assignment, and had a little fun while doing so, and for that I am pleased.  ;)

Long, long ago, in the barren Nevada desert, a brave boy was abandoned at birth.  His parents had foolishly locked him in their car and left him alone in the desert.  Fortunately, he was rescued by an enchanting coyote mother who raised him with her pups.  Because of the coyote influence, this boy was prone to wander.
One day, while wandering in the desert, he stumbled upon a Military Base known as Area 51.  While observing the base from afar, he shockingly witnessed an infamous alien autopsy.  What he saw was so frightening as to be indescribable, so he let out a howl.  Instantly, the Men in Black stopped their procedure, and began chasing the coyote-boy through the desert.  As he sprinted, they pursued him in Black Hawk helicopters.  Because of what he saw at the military base, the boy was constantly on the run for his own protection journeying through 45 different US states.  His current whereabouts are unknown.
Posted by Anne at 2:45 PM