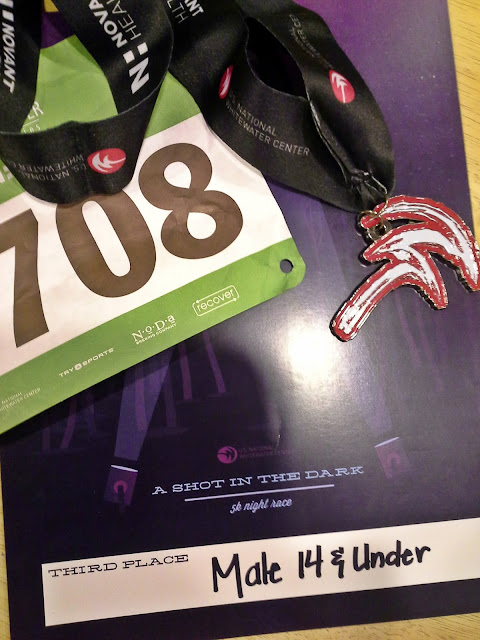 On the evening of Friday the 13th, my son and my husband ran a 5K trail race in the dark.  It was hosted by the U.S. National Whitewater Center (much more on this gem in a later post).  Since the race, we have been told that the trail running at the Whitewater Center proves to be quite challenging, so the fact that my husband and my son tackled it for the first time in the dark is impressive.  Each runner was required to wear a head lamp.  Even with their lamps, both of them wound up getting lost more than once.

Even more impressive, is my son wound up placing third in his age division (which dominated the top ten) and placing seventh overall.  We're heading out there in couple weeks to enjoy a daytime 5K, so he's eager to see how much his time improves.

Side Note:  The Wednesday before the race, I sprained my left ankle and was sporting crutches.  My husband fell twice during the race, severely injuring his right foot.  We shared the crutches for the weekend.  Fortunately we're pros at ankle rehab, so I'm happy to report we're both walking again with only some minor limping!! 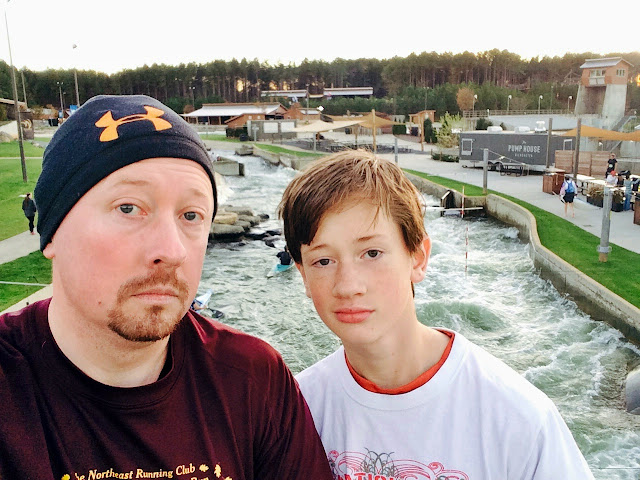