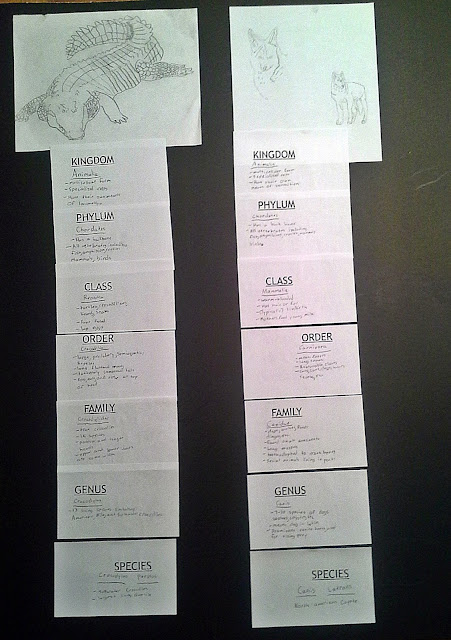 Linnaeus was a Swedish botanist in the 1700's that developed the first classification system of living things. Today, we use an expanded and modified system.  This system includes a hierarchy of categories based on similarities and differences between organisms.  Linnaeus also simplified the naming system.  Organisms now have a two-part name (binomial nomenclature) using the the Latin form of their generic group (genus) and their specific group (species).

After studying Linnaeus, my son's Science assignment for Week 6 was to make a chart representing and showing Linnaeus' classification system.  With two living organisms, we began classifying them with their Kingdom and worked our way down to their Species.  This was a great assignment!

For her Foundations memory work, my daughter is memorizing simple Biological lists, many which are a part of the classification system.  Naturally, she joined in on the fun and did a project of her own for her weekly presentation. 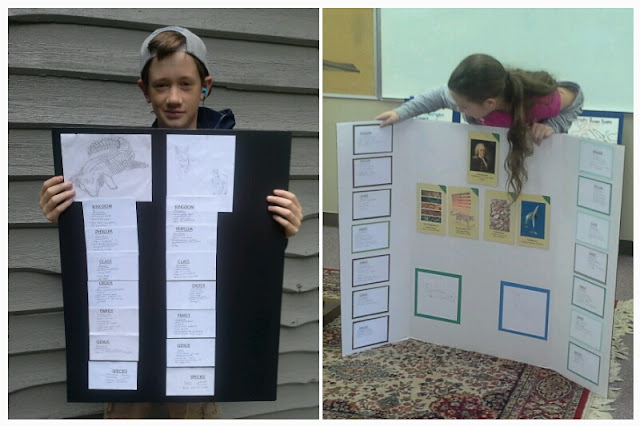