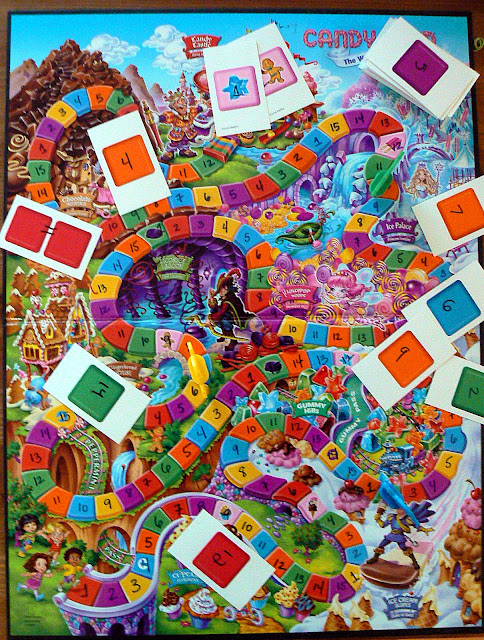 Even though they won't admit it, my children still love Candy Land.  We have used the concept of the game for so many learning adventures throughout the years.

Naturally, since they have outgrown the typical way to play the game, today we turned our game board into multiplication review.  We wrote the numbers 1 - 15 on the colored squares on the board.  We wrote the numbers 1 - 15 on the cards.  We played a normal game of Candy Land reviewing our times tables as we played.  In order to advance to the colored square drawn, my children needed to multiply the number on the card by the number on the square they were advancing to.  If a double-squared card was drawn, two multiplication problems were solved.