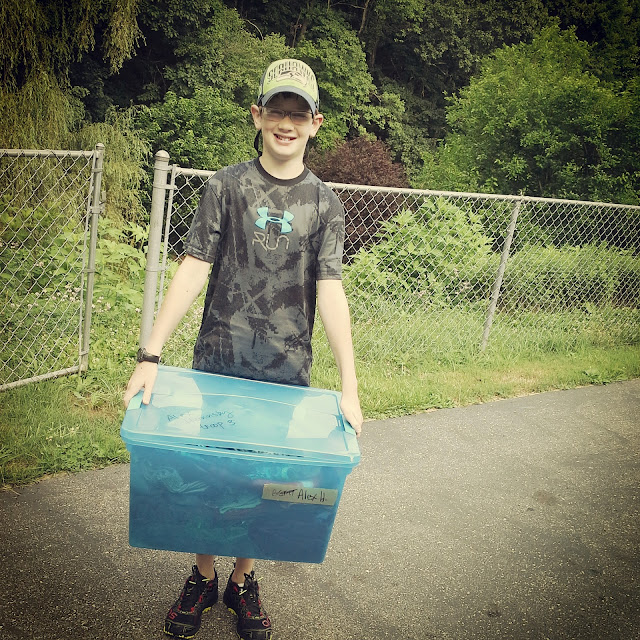 Our son just returned from a week at Camp Powhatan.  It was the second time he attended a week-long camp with his Boy Scout troop about 100 miles from home.

Once again, he had a blast.  If he experienced any homesickness, he didn't bother to tell us.  He spent the week earning five different merit badges and playing hours of ultimate frisbee.  I think he grew a couple of inches, also.

Because we homeschool, I value his character-building experience away from us at Boy Scout camp.  He learns independence and builds self-confidence.  He returns home with a growing sense that he is capable of more than he realized.
Posted by Anne at 8:11 AM