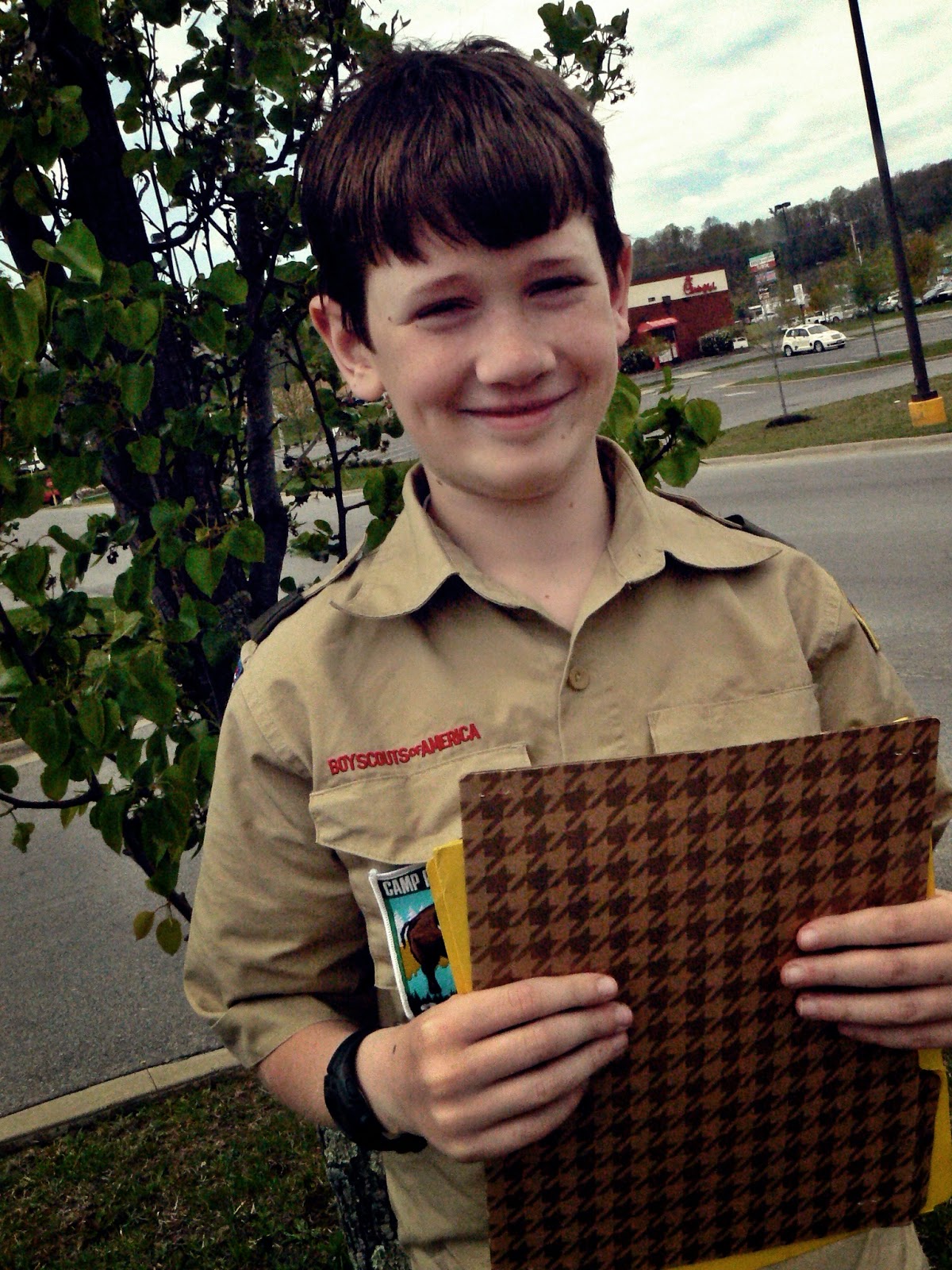 On Sunday, my son's Boy Scout Troop actively participated in their host church's service.  My son played the piano twice during the service, for the prelude and the offertory.  He did a fantastic job.

One of his Scout Masters asked him several months ago if he would consider playing the piano for the service.  From the beginning, he was not sold on the idea.  In fact, he would probably say it was not even on his list of top 1000 things he would want to do in his lifetime.  But, after several conversations regarding that being a Scout (or an adult) often means being responsible to do things we sometimes don't want to do, he agreed.  He was to start the prelude at 11 a.m., and I believe at 10:56 a.m. (even though he had been practicing for months) he was strongly considering ways he could break his own finger in order to get out his performances.

He really did a beautiful job playing.  Above all, people enjoyed it.  He received a ton of compliments from most of the congregation.  We told him music blesses people, and he was a part of that Sunday morning.
Posted by Anne at 7:59 AM