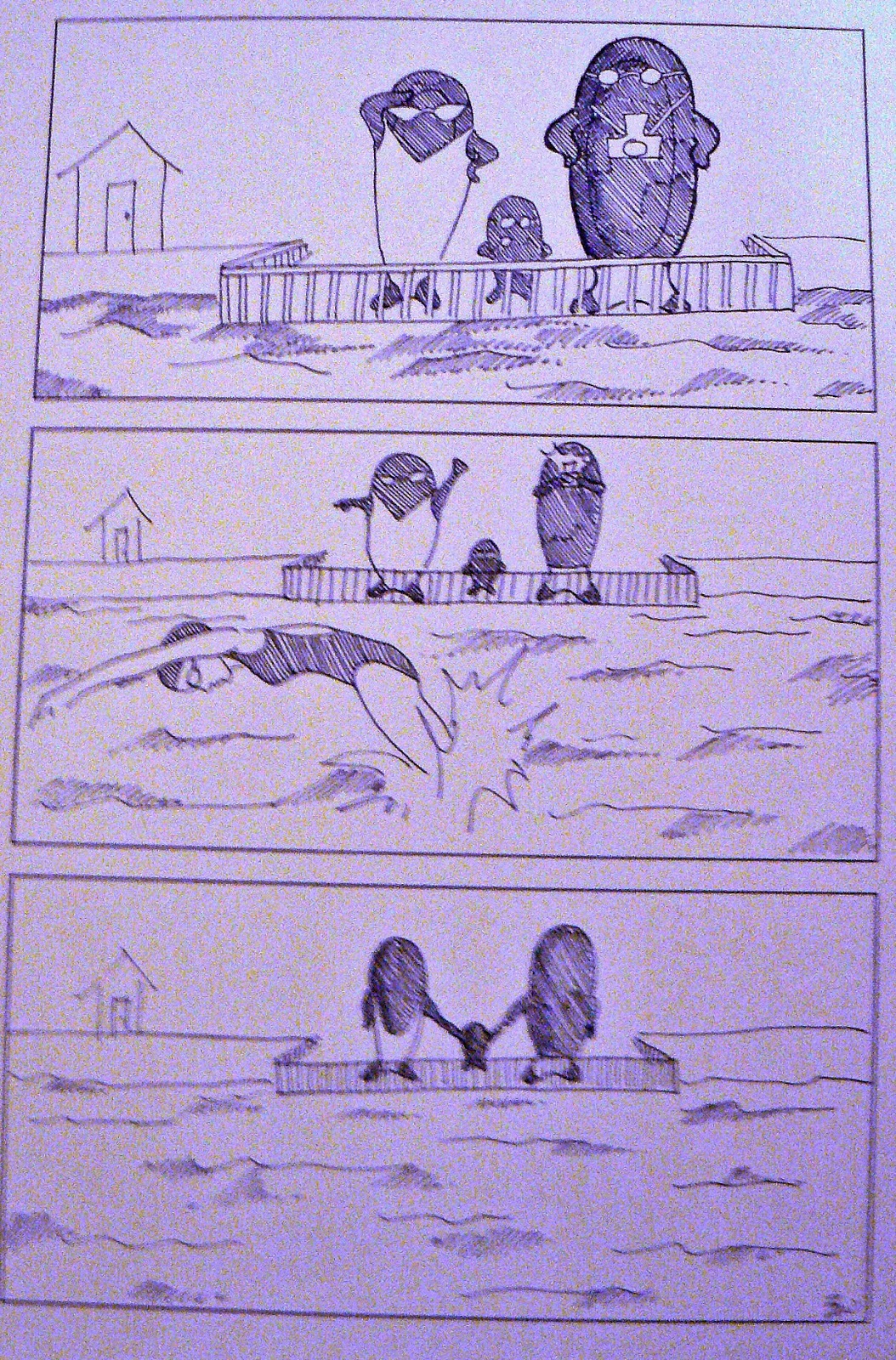 I've posted before (here) about IEW's Writing from Pictures Unit where a student is given three pictures that tell a story and then the assignment is to write that story.  We revisited that Unit this week.  Using the pictures posted above, my son wrote the following story.  Enjoy.

Swimming home from school to his whale pod, Timmy Junior the whale excitedly shouted, “MOM!! MOM!! Have you ever heard of the Legend of the Human?”

“Yes,” his mother replied. “It is a very ancient legend. But we all know humans do not really exist.”

“But my teacher read us a book today at whale school,” Timmy Junior explained. “We learned that humans don't have flippers. They have legs and arms, which have hands and fingers. They walk on land. If you're really lucky, you can see them in the water. They speak an odd language called Human. I heard they're easily spotted on beaches in the summer specifically around hamburger stands. On the beaches they listen to loud music, play frisbee, and construct castles made of sand.”

Begging his parents permission, Timmy Junior stated, “I think we should take a trip to Myrtle Beach to human watch.”

Timmy Junior's father, Timmy, checked his BlackBerry and discovered he was free for the weekend.  Quickly, he booked a rental condominium on the beach in South Carolina.

When they arrived in Myrtle Beach, Timmy Junior's family went straight to the human watching facilities. It only took 40 seconds of human-watching before seeing a rare female with legs and arms swimming in the Atlantic Ocean. They watched her in amazement swimming effortlessly without needing fish treats from a pail, like Timmy Junior did when he was learning how to swim. Unfortunately, they never heard her speak the rare Human language even after watching her for several hours. Timmy Junior demanded a picture with the mythical human female, but she was not cooperating and wouldn't stay in the picture frame.

To complete their Myrtle Beach vacation, Timmy Junior and his family enjoyed the amenities of the town including fine dining at the hamburger stand and the reduced prices at the outlet malls. Imploringly, Timmy Junior begged his parents to buy him a real human, but unfortunately none were for sale. For a souvenir, Timmy Junior settled on a pair of prescription goggles which would improve his underwater vision as he migrated north for the summer.
Posted by Anne at 3:32 PM