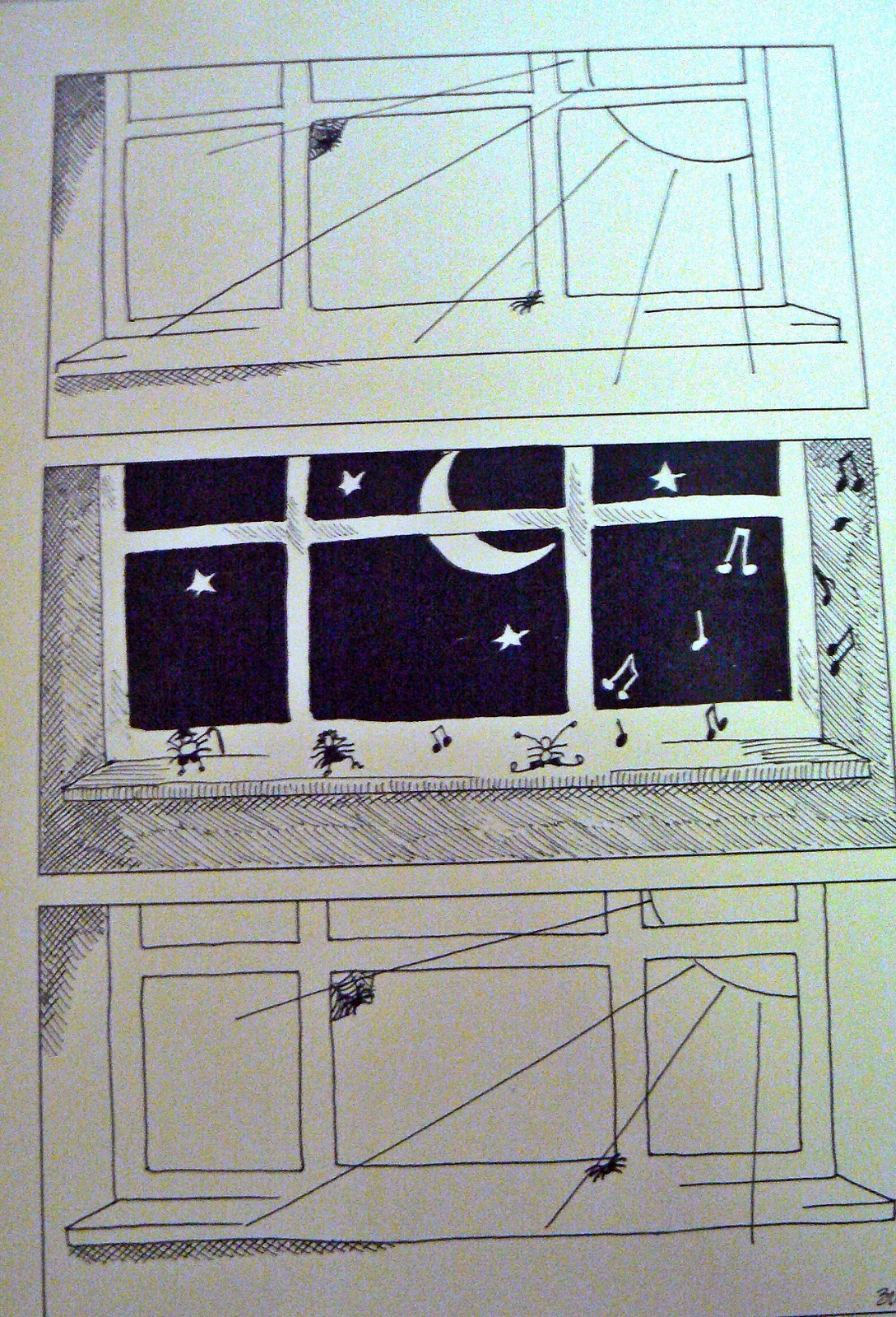 I've posted before (here) about IEW's Writing from Pictures Unit where a student is given three pictures that tell a story and then the assignment is to write that story.  We revisited that Unit this week.  Using the pictures posted above, my daughter wrote the following story.  Enjoy.

Once upon a time, there were two spiders named Bertie and Laura, who lived in a very clueless zookeeper's office window. At 6:00 every morning, they fell asleep. Here's why...

One day they were very, very bored, so they decided to host a party. They invited their spider-friend Albert, and insisted he bring his dress-up clothes which consisted of bow-ties, canes, and tiny bonnets. “Invite every spider you know!” they demanded. Pleadingly, they begged Albert not to mention anything about the party to his annoying web-mates -- twins Hocus and Pocus. “They're such pests,” Laura annoyingly exclaimed! “They repeat everything I say.”

Albert was looking forward to the party. “I'll be there at midnight,” he excitedly sang.

When the clock struck midnight, the party began. Every spider was happily singing and dancing along with the tiny spider jukebox, which played their favorite songs Walking on Spiderwebs and The Eeensy-Weensy Spider sung by Taylor Spider. The banquet table was proudly displayed with raw flies, fried flies, barbequed flies, frosted flies, and a punch bowl of the finest fly blood. After feasting on refreshments, Laura, Bertie, and Albert decided to begin the dance party. They dressed in Albert's costumes, and performed a riveting tap dance routine for the crowd which ended with a rambunctious standing ovation. Because such a great time was had by all, they decided they would repeat the party every night.

Partying for six long hours, the spiders were exhausted. Slowly, they trudged back to their windows and webs. Bertie and Laura sleepily returned to the the corner of the clueless zookeeper's office window. He arrived at work at 8:00 a.m., and began his day without any idea of the shenanigans that took place in his office the previous evening.
Posted by Anne at 3:02 PM