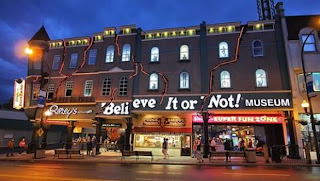 While my daughter was competing in Akron, my son, along with his Boy Scout troop, journeyed to Gatlinburg, Tennessee.  According to him, it was the Best. Trip. Ever.  Most likely that was because this was his first overnight excursion without one of his parents.

He stayed in a three-story cabin with a jacuzzi.  All he has talked about since his return is how desperately we need a jacuzzi.  He has also told us several times about the raccoon that would venture up on the deck at night.  One night he slept in a recliner.  The second night he slept under the pool table.  He subsisted on a diet of triple cheeseburgers, barbeque potato chips, and Dr. Pepper.  This does sound like an 11-year-old boy's dream.

Their trip was two-fold.  Of course for fun and sight-sight seeing, but also to complete some Merit Badge requirements.  They visited all of the following in less than 48 hours: