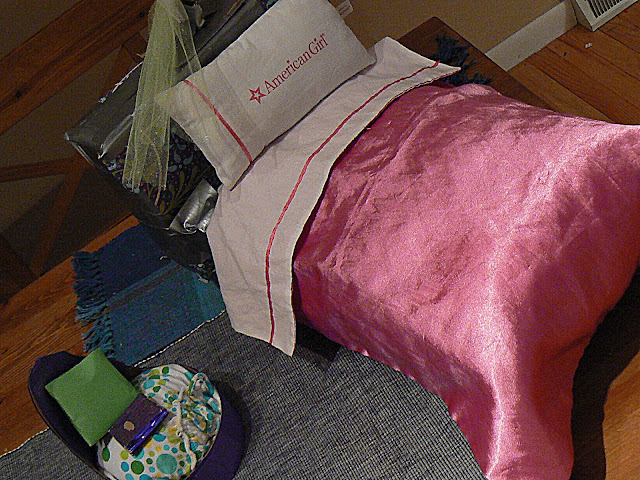 My daughter is amazing.  I know everyone says that about their children, but I believe it when it comes to my daughter's ability to create.  I appreciate her determination to create a project of her own.  She would always rather make something rather than buy something.  And, if it were up to her, she would spend every hour of every day making something.  I appreciate her willingness to try to create or recreate something she's seen, as well as how quickly she moves on crafting a new creation.  I remember the first time she flipped through a Highlights magazine about two years ago.  She saw a bouquet of paper flowers made with hand prints.  Within an hour she had gathered the necessary supplies (improvised with some as needed), found the workspace, followed the directions, and presented me with a bouquet.  This is how she differs from me. I would see the idea, think 'that might be fun to do someday', put the magazine down, and never revisit the project to complete it.  My daughter immediately moves on the idea and makes it happen.

That being said...a few weeks ago she discovered some YouTube tutorials on how to make items for American Girl dolls.  (To let you know how little I was involved in these projects, I could not even link you to the videos because I have no idea what or where they are).  One is a bed made out of cereal boxes, stuffing, duct tape, toilet paper rolls, etc.  The picture above doesn't even do it justice, because you can't see that the bed has an actual mattress.  Next to the bed is a mini-chair that was made out of a Quaker Oats container.  While rummaging throughout the pantry to find the necessary boxes and other supplies, she did carefully dump all food items in Ziploc baggies before she started cutting up the cardboard.  The chair has a stuffed pillow on it, and a notebook for her 'girls'.  She's been making these notebooks like mad.  She's also made lockers, televisions, soda cans, a club house, etc.  She made the entire tu-tu below out of tulle and a ribbon.  Somehow she even managed to get her father to take her to Michael's to buy the tulle.  I'm not even sure when she acquired it all.  Last week he bought her a role of cheetah print duct tape from Home Depot.  She disappeared into her room for over an hour.  When she came out, she had assembled a belt, a book mark, several bows for her hair, along with various other projects all created from the duct tape.

I need to mention that she's 8!  I cannot wait to see what she can craft, build, and create when she's 18!

I also need to mention that she has three actual American Girl doll beds.  However, the bed of choice, that all the dolls want to sleep in, is the one made out of duct tape and Rice Krispie boxes. 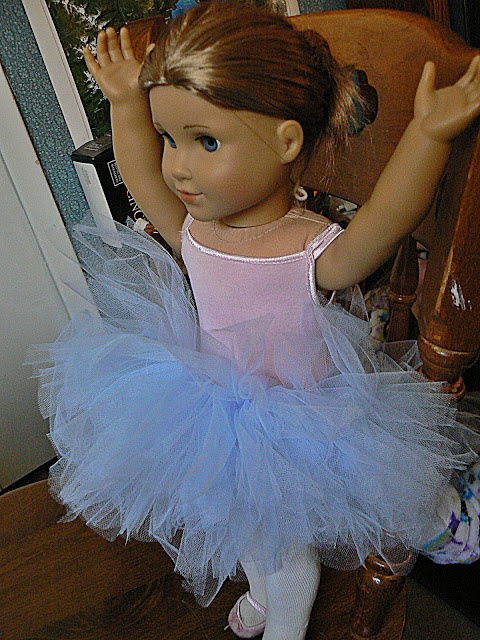