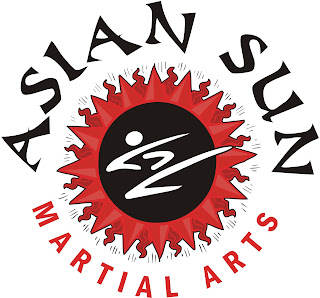 I could have written this post on Day 1.  But, I made myself wait until I was halfway through with the school year.  You see, we take Taekwondo.  Lots of it.  I think you would be surprised if you realized how much time we (mom included!) spend at Asian Sun Martial Arts.  My joke has always been, ‘We do Taekwondo.  Then we school.’


When we signed our son up for a basic martial arts class 4 ½ years ago, I never anticipated a future of spending upwards of 10-12 hours a week at a martial arts school.  However, as one skill developed into the next, and as one belt advanced to the next, and as one tournament turned into another, it became what my children loved to do.  And, what they wanted to spend their time doing.  So, it remains a highlight and an integral part, not only of our homeschooling curriculum, but also of our personal lives.

If you’re a parent, I’m sure you have heard the rationale for why the training of martial arts is beneficial for your child.  Discipline, self-control, perseverance, leadership, hard-work, dedication, good sportsmanship, etc.  I agree with every single one of those traits, as I have seen them exhibited in my children as a result of their training with Asian Sun.  Briefly, I wanted to touch on two….

High Expectations.  We homeschool our children, because we believe we have higher expectations for them than any school system does.  We have a standard we want and expect them to achieve to.  The only other place I have come across that shares those expectations is Asian Sun.  Just yesterday evening my son participated in a test to show he was on par with other Second Degree Black Belts as they work toward earning their Third Degree Black Belts.  The other two gentlemen he tested with are employees of the school - one in his late teens, and the other, an adult.  My son was expected to know his material and perform at the same level as these two.  And he did!  In fact, if you were watching the test, I’m not sure you would have known that he was only 10 years old.  (And, I’m not just saying that because I’m his mother!)
Confidence.  Clearly, confidence is a trait that is developed in martial arts.  I believe this, not only because I’ve seen it exhibited in my children, but also because I’ve experienced it myself in my own training as an adult.  However, my example will come from my daughter.  She’s 8.  I am thoroughly amazed, and impressed, with what she is able to accomplish when she’s in the dojang.  Often she will be the only female in the class.  Often she will be the youngest.  Never does she let that stop her.  I am encouraged to see who she will become when she is 16, or 24, all because of how much she believed in herself at 8.

I could easily do one post a week on something we’ve learned, accomplished, or experienced at Asian Sun and how that fits into our school year.  I do not regret one moment or dollar we've invested in the school. Taekwondo will continue to remain a vital part of our lifestyle and our schooling curriculum.
Posted by Anne at 9:28 AM