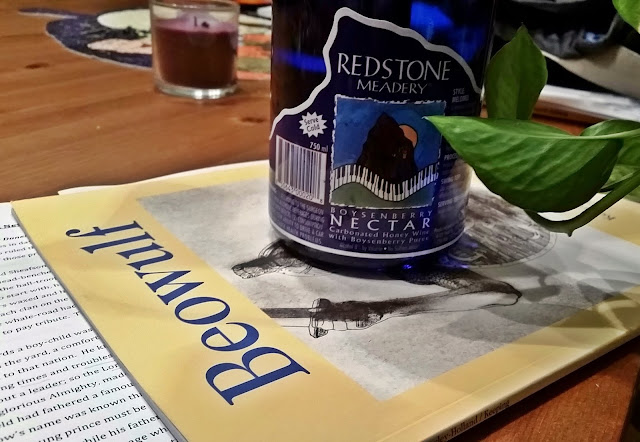 During the fall term, I think my favorite week of History was the week we integrated subjects.  Rather than assigning my class an historical person or event to research, I assigned them a piece of Literature.  We spent the week researching the fine Old English poem, Beowulf.  Written nearly 11 centuries ago, this heroic poem celebrates the Geatish nobleman Beowulf and his victory over two monsters torturing the royal house of Denmark.

Throughout the week, my children read several different versions of the poem.  They also watched an animated version.  We illustrated the poem.  We knew the tale well by the end of the week.

In class, we discussed themes, conflicts, and epic poems.  We also mapped our characters.  I believe mapping characters is the key to making a difficult text understandable. 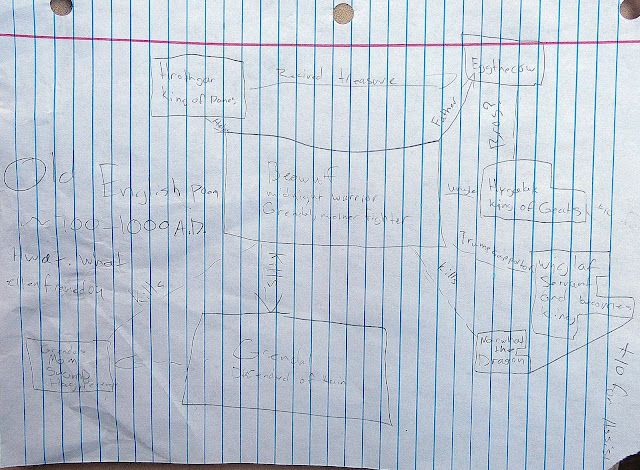 In class, we defined Beowulf as: Beowulf is the oldest known English epic poem that tells the tale of a heroic Geatish prince who rids the Danes of a plaguing monster.