[Note to self: In the future, the academic year being profiled MUST BE FINISHED before the official start to summer.  Otherwise, it will never be finished.] 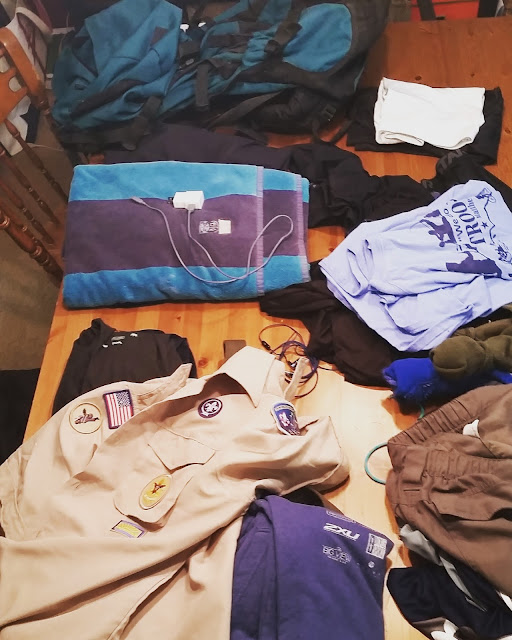 My son went out west in July (more on his trip in a later post).  All his gear needed to carried on his back, so it took us a few days to get him organized.  I also made him revisit his Geography by drawing a map of where he was headed. 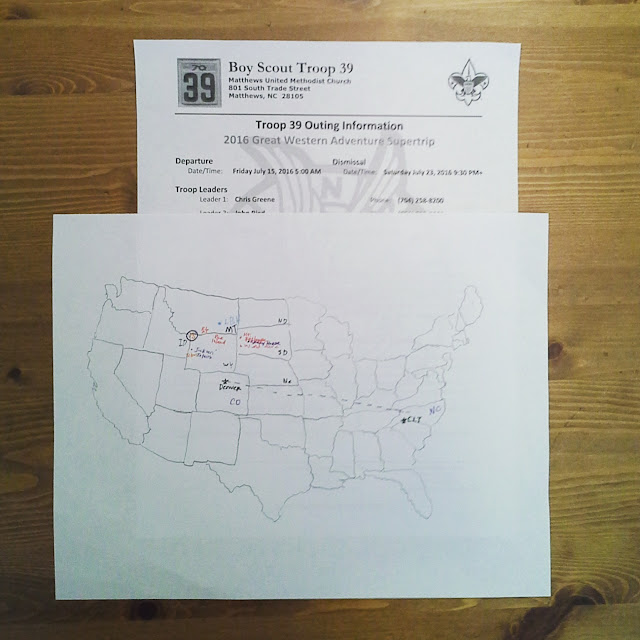 The watercolors covered the table for quite some time. 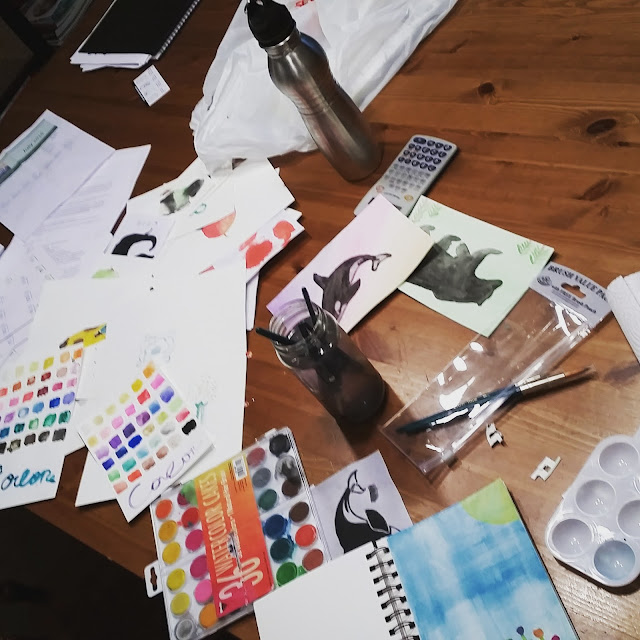 Also, Cross Country practice began the last week of July.  It was hot.  (Fortunately, it's a little cooler this week.)  To keep my children hydrated, I made them eat an entire watermelon in two days.  My husband and I helped some. 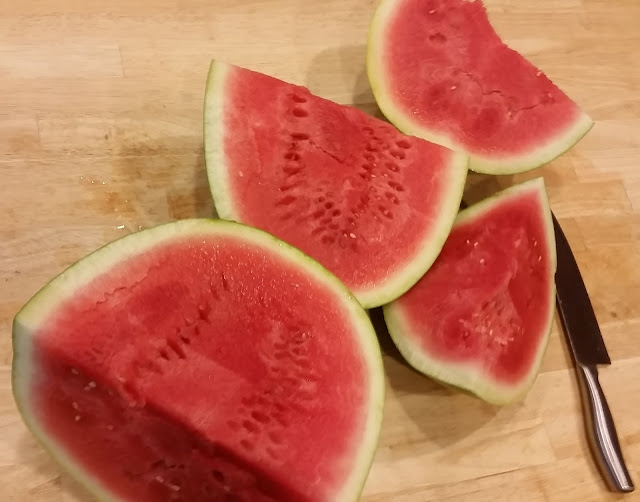