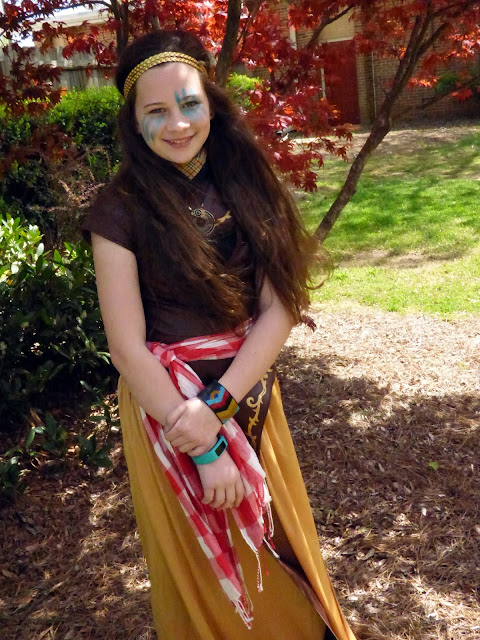 My daughter ended her Essentials year (as she has done many times in the past) with a research report on a prominent figure from ancient times.  She settled on the powerful warrior queen Boudicca.

Boudicca was the Celtic queen of the Iceni tribe.  After her husband died, her family was savagely tortured by the Romans.  Queen Boudicca led a two-year British revolt that resulted in the deaths of over 70,000 Romans.  Eventually, she was defeated.

Writing this essay gave us an excellent glimpse into British history!
Posted by Anne at 9:58 PM