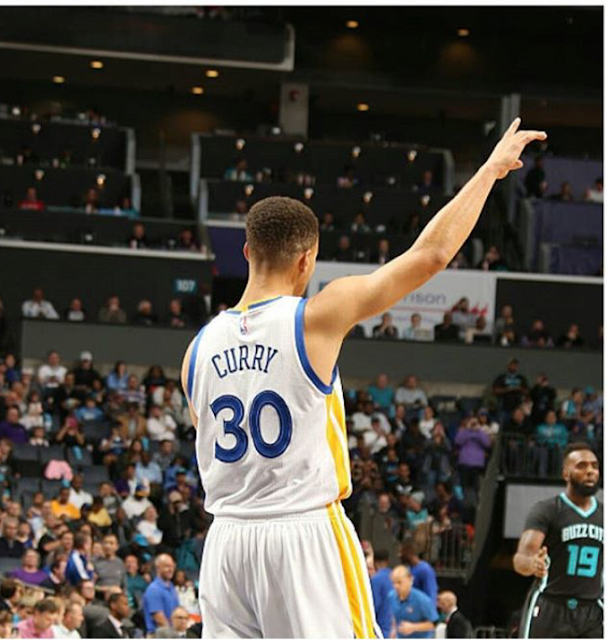 Sometime during the last 24 months, our son (along with many, many others) has become fascinated with NBA MVP Stephen Curry.  Well, imagine our son's excitement when in early December we surprised him with tickets to see Curry's championship Warriors play locally against the Charlotte Hornets. 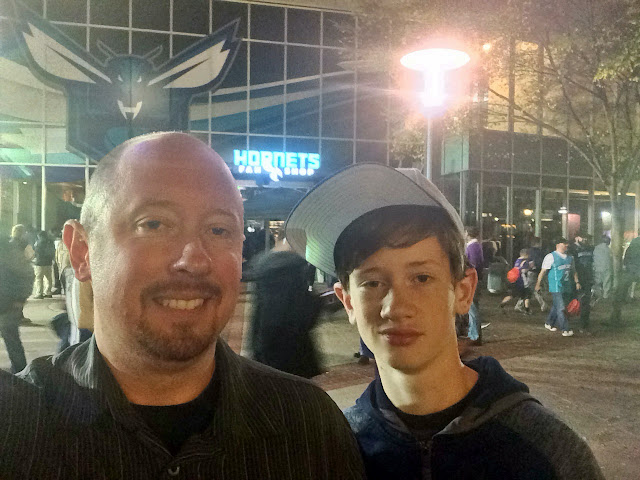 It was the perfect game to purchase tickets for as Curry played remarkably.  He scored (in just three quaters!) a game-high 40 points, 28 in the third quarter alone.  The Warriors won and moved to a historical 20 - 0 season start. To add to the excitement, Curry's father Dell was being honored as one of the best Charlotte Hornets in history so the entire Curry family was present.  Cam Newton, along with other local sport celebrities, were also in attendance to witness this momentous game.  For a 14-year-old boy, it was the best early Christmas present ever. 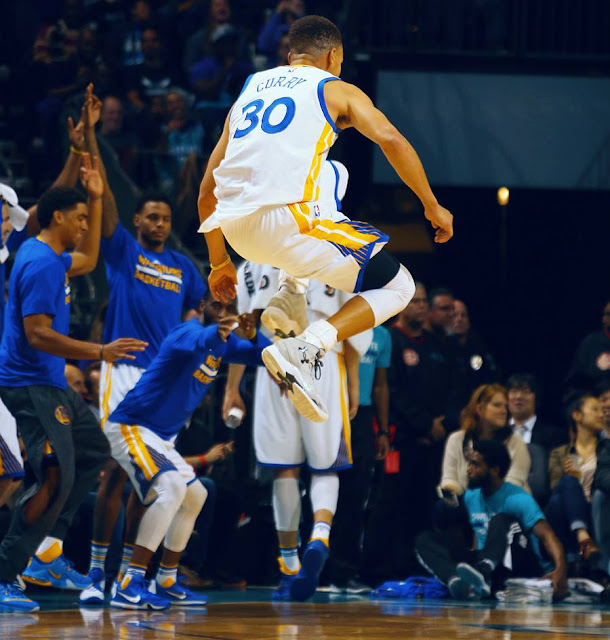 In November of 2008, early into our stint in Cleveland, our son participated in the Cleveland Cavs High-Five club where he was able to high-five all the team members before a game.  It happened very quickly, so my picture is not of the highest quality.  But, right below the digital camera in this photo, our son is high-fiving a much younger LeBron James sporting his notable white headband.  I thought it was appropriate to include this past photo in today's post so that my son can have one keepsake of his memories with this generation's basketball greats. 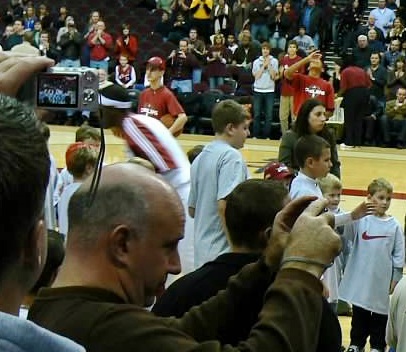