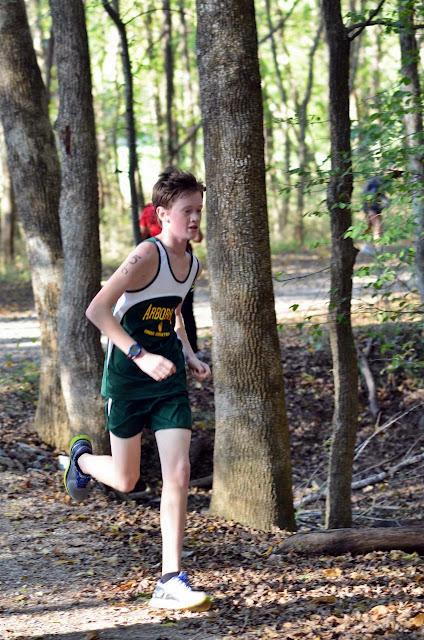 We added a new activity to our fall calendar.  Our son began running Cross Country.

In early August, he and I were attending the Open House for his Challenge B program.  In passing, his tutor mentioned that her daughter was at volleyball try-outs that evening.  Being new to the area and looking for activities for my children, immediately I asked her where her daughter plays volleyball.  She proceeded to tell me about a private school in the area, Arborbrook, that allows a certain number of homeschool students to participate on their sports teams each season.  Within the hour, my husband contacted the Athletic Director, discovered that Cross Country was a possibility, and signed our son up for the season (without him knowing). 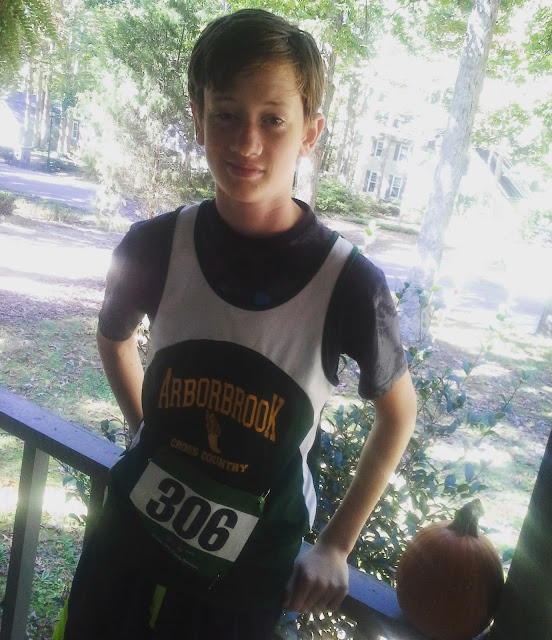 At first he wasn't completely sold on the idea, but he quickly began to adapt to his new running lifestyle.  Within a few weeks, he actually began to enjoy it.  Quite a bit.  His practice was held at a metropark that is essentially in our backyard.  His team was incredibly welcoming.  We couldn't have asked for an easier transition. 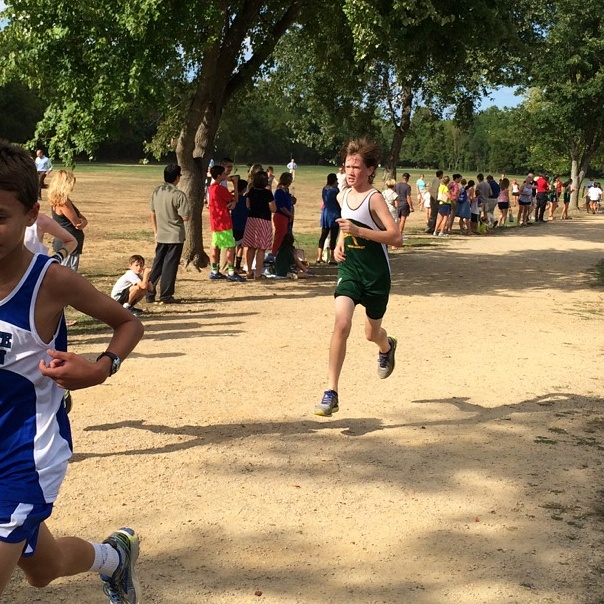 Since he was a toddler, we have always stated that our son would be a healthy distance runner.  Amazingly, he can move for hours.  And hours.  And hours.  Without ever tiring.  He still maintains this level of activity even as a teenager.  Running has been perfect for him. 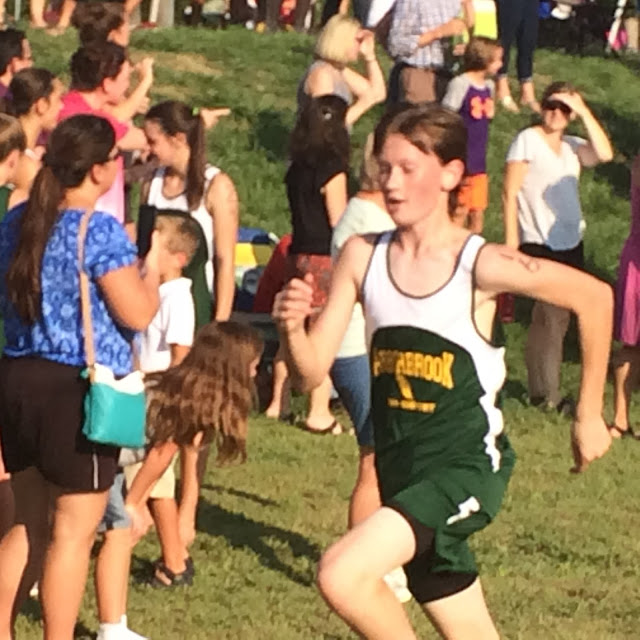 Middle schoolers run a 3K distance at their meets.  He started the season with a 13:43 3K.  He ended the season (on a noted hilly, difficult course) with a 12:48 3K, averaging a 6:52 mile.  He's excited for his future in the sport after he adds some additional endurance and strength training compliments of his father.  He's training for one more 5K to be held at the end of November. 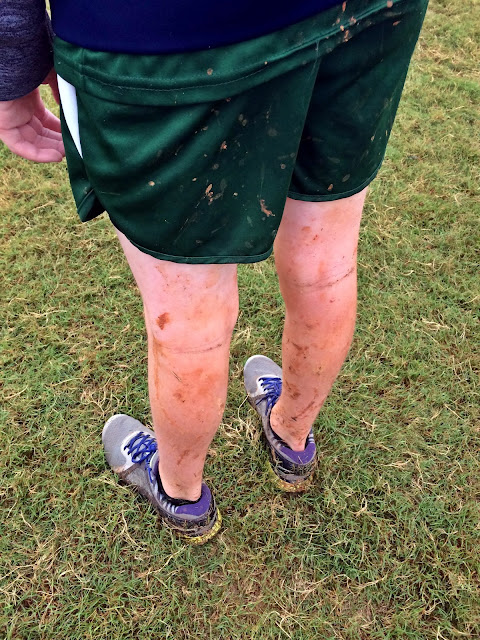 His coach asked the team to write an essay explaining how Cross Country has impacted their lives.  He was super excited to write this, and it correlated nicely with our Lost Tools of Writing curriculum.  I thought I'd end this post with my favorite paragraph from his essay:

I unwillingly moved to Charlotte with my family three weeks before I began Cross Country practice. At first, practice was a bit of an adjustment because I didn't know anyone, and I missed my friends from West Virginia. I felt awkward around my new teammates. But doing hard work with others, helps develop relationships quickly. By the first meet at Metrolina, I felt like I was part of a team. I was making friends with others, and within a short period of time, I was enjoying my new life in Charlotte. Arborbrook Cross Country was a large part of this.
Posted by Anne at 9:01 AM