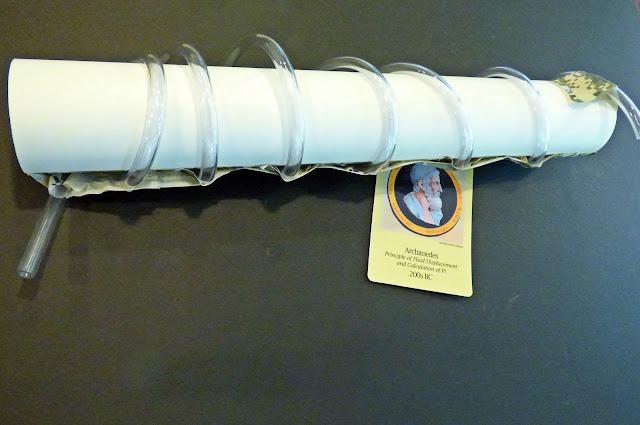 This fall, my son will be spending ten weeks researching, writing, and presenting on different notable scientists and their contributions to humanity.  He started the semester with Hippocrates and will end with Einstein.  Last week was Archimedes.

Archimedes was a Greek inventor and mathematician who studied spheres and calculated pi in the 200s BC.  He is also known for the Archimedes' Screw, an early pump-like machine used to transfer water from low-lying body to irrigation ditches.  Archimedes, most likely, witnessed this tool being used by the Egyptians, but adapted it for Greek use.

For part of his research, my son constructed a simple working Archimedes' Screw using a PVC pipe, clear tubing, and duct tape.
Posted by Anne at 12:24 PM