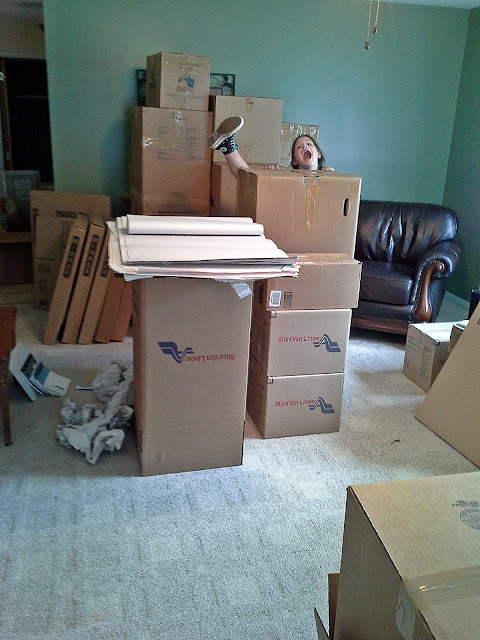 Exactly one month ago today, the movers arrived at our home in southern West Virginia and began the daunting task of loading up our belongings and transporting them to our new home in Charlotte, North Carolina.  The move was long overdue.  My husband began working in Charlotte last December and had been commuting the 200 miles back to Beckley on the weekends.  We have been quite eager to be reunited as a family during the week.  Because we anticipated our move to the Queen City for several months, we've transitioned nicely.  I know it's only been a few weeks, but I can proudly boast that I love this town.  I'm looking forward to adding North Carolina posts to our homeschooling journey.

We've moved many times, and I've posted about it more than once.  However, we've managed to do things a little differently this time.  First, we downsized by roughly 800 square feet.  This was intentional.  My life long goal is to fully embrace the idea of minimalism (even though the thought of a minimalist homeschooler seems like an oxymoron -- homeschoolers collect a lot of stuff!!)  But, there is beauty and simplicity in having less.  As a family, we have been headed in the direction of minimalism for the past few years and now living without a basement, a shop-sized garage, and a laundry room is forcing us to take even more creative steps in that direction.  We lost over 150 square feet in our kitchen alone (our past three homes have had sizable kitchens).  We have eliminated everything from our kitchen except for what we truly need, and I have to admit meal prep and clean up has been a breeze.

Another difference we made during this move has been for the past month, we have been 'offline'.  Again this was intentional and aided us tremendously in our unpacking efforts.  It was a great respite to take a 30 day-break from the internet as we've adjusted to our new home and its surroundings.  Continuing to set boundaries around our online usage remains an integral part of our homeschooling journey, especially as my children age and become more connected on social networks.

I compared photos of my children on our front porches from their major moves in 2008, 2012, and 2015.  My son moved one other time at 20 months of age.  Our home here in Charlotte has a phenomenal front porch, which will yield some pictures in the near future. 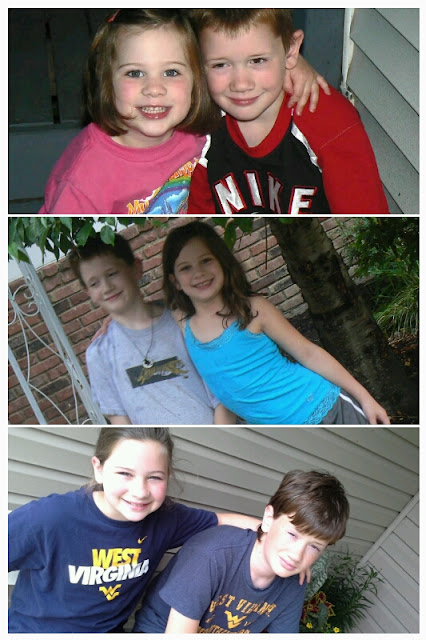