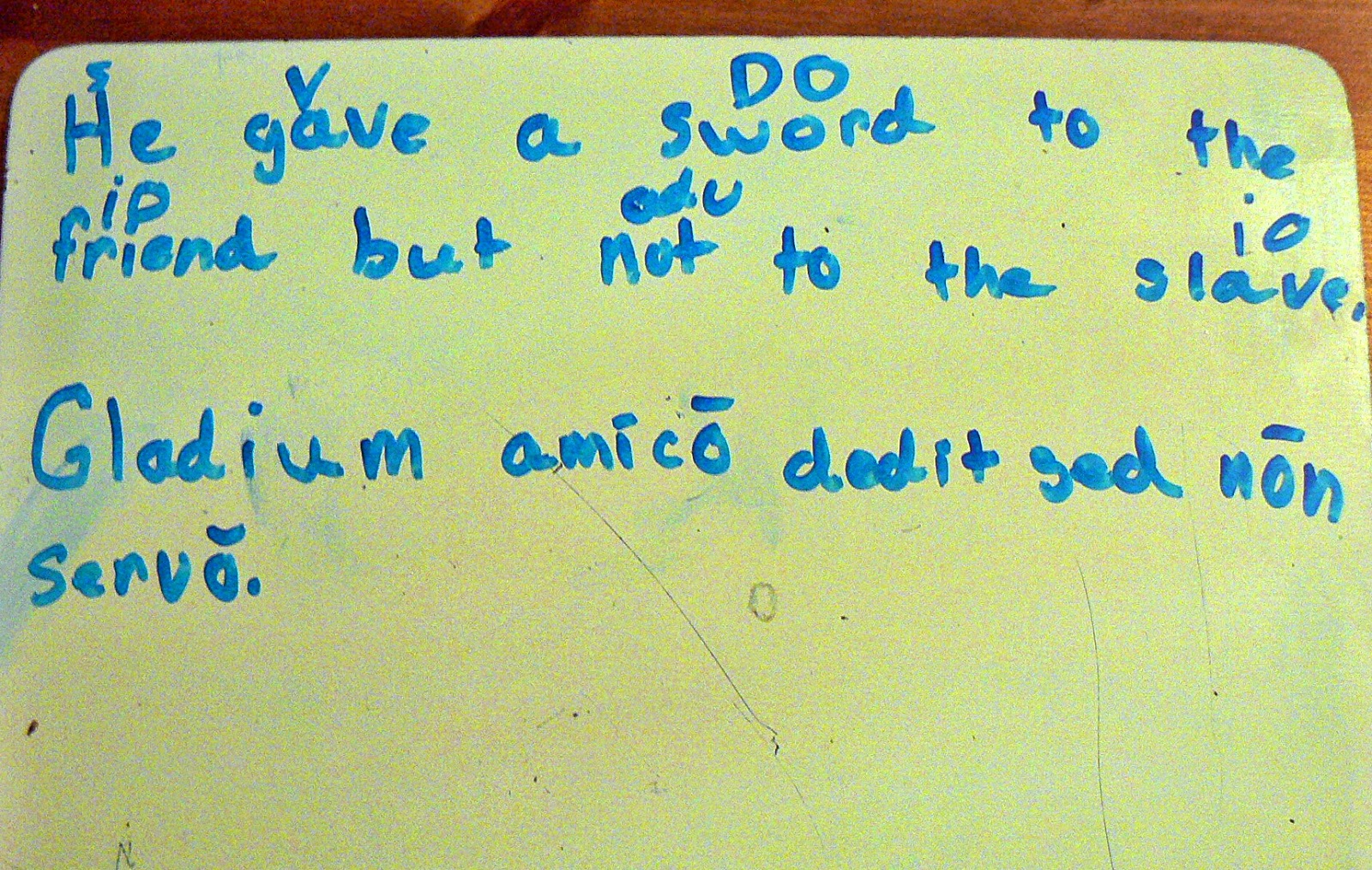 My son and I are learning Latin this year.  It is a process, and one I do not expect to master overnight.  In fact, he will use his text, Latin: First Year (Henle Latin), for the next three years exploring more of its contents annually.  We are nine weeks into our Latin journey, and I feel like we are off to an above average start.  Our success thus far has been as a result of the minimal preparation we put in ahead of time.  Fortunately, Classical Conversations planned it this way by building their programs to complement and enhance one another.  Our preparation did not take much effort on our part, but it has made all the difference when it comes to our current daily studies.  I'm witnessing how this all plays out in two very specific ways.

First, my son has all five of the Latin noun endings memorized to catchy little children's songs like B-I-N-G-O and Jingle Bells.  This was part of his Foundations memory work from Cycle 1.  Having the declensions memorized, knowing the Latin noun cases, and being able to recall this information with ease has enabled him to learn and study this subject.  It has been phenomenal.

Secondly, my son is able to look at a sentence and parse it (identify what role the words are playing) because of his time studying English Grammar in Essentials.  Independently, he can ask himself a series of questions about who is doing what in the sentence, and to whom, in order to identify the subject, verb, direct object, indirect objects, etc.  He does this regularly before he translates a sentence into Latin.  Once he is able to identify the role of the English word, he then figures out what Latin case is appropriate to decline the noun correctly.  You can see in the photo above how he worked this process in that sentence.  Very early on, when we were attempting to translate an English sentence into Latin, he looked at me and stated, "Mom.  How do people who haven't had Essentials do Latin?"

I have found the process to be far more rewarding than frustrating, and I've truly been enjoying it.  Plus, like so many other subjects over the years, studying Latin has once again assured me that anyone can homeschool.  This is not a subject I had previous experience with.  Yet, I'm learning it right alongside of my son because we have been equipped with the tools to learn.
Posted by Anne at 2:30 PM