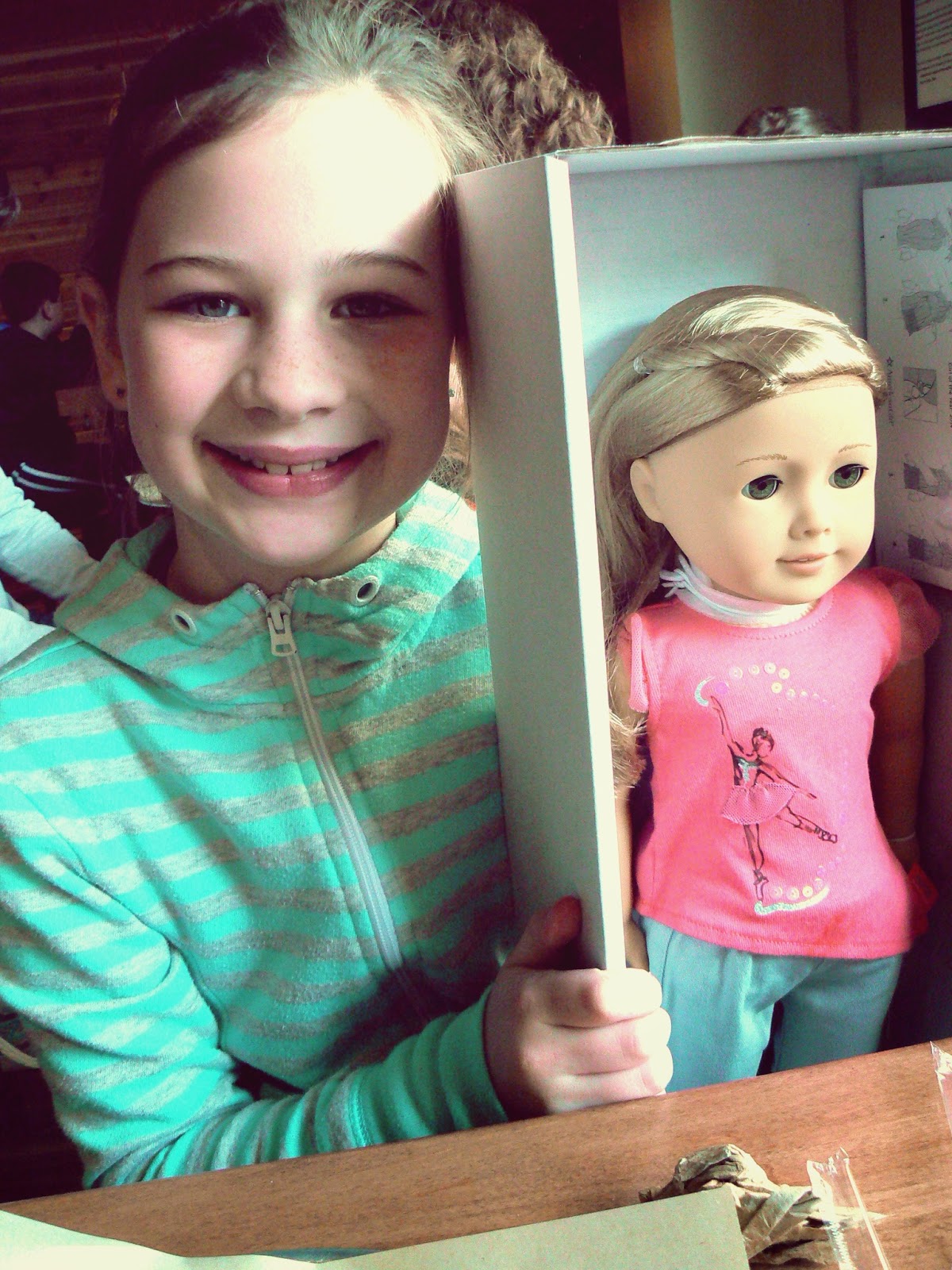 For the third time in her 10 short years of existence, my daughter saved enough money to purchase an American Girl doll (which if you know anything about the dolls, is not an easy task).

Our standard for her has always been:  We will get you one doll a year on your birthday.  Her birthday is in December.  The marketing geniuses at American Girl have decided to release a new doll every year on January 1st.  To her, this is pure torture as she waits all year with only the catalog.  This year she was determined not to wait that long because she discovered months ago that 'Isabelle' was a ballerina.  In December, she began putting her pennies away including some Christmas gift cards.  Along with daily chores, she made a ridiculous amount of money selling rubber band phone cases, bracelets, and hair accessories.  Her Rubber Band Loom paid off !!

Early last week, she counted out the money in her jar and realized she was $1.60 over her necessary goal.  We made a quick trip to the closest store for her to purchase her new prized possession. 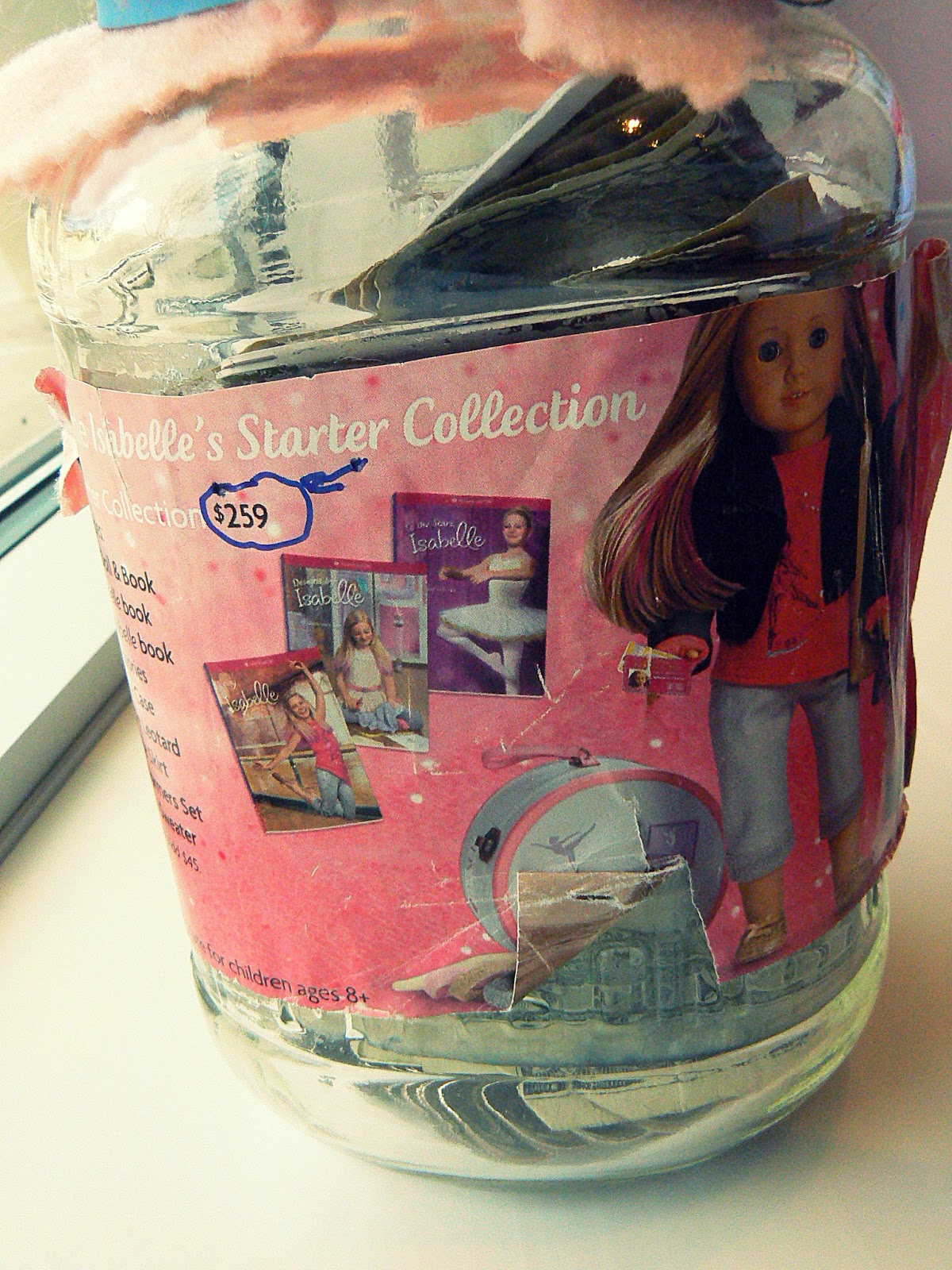 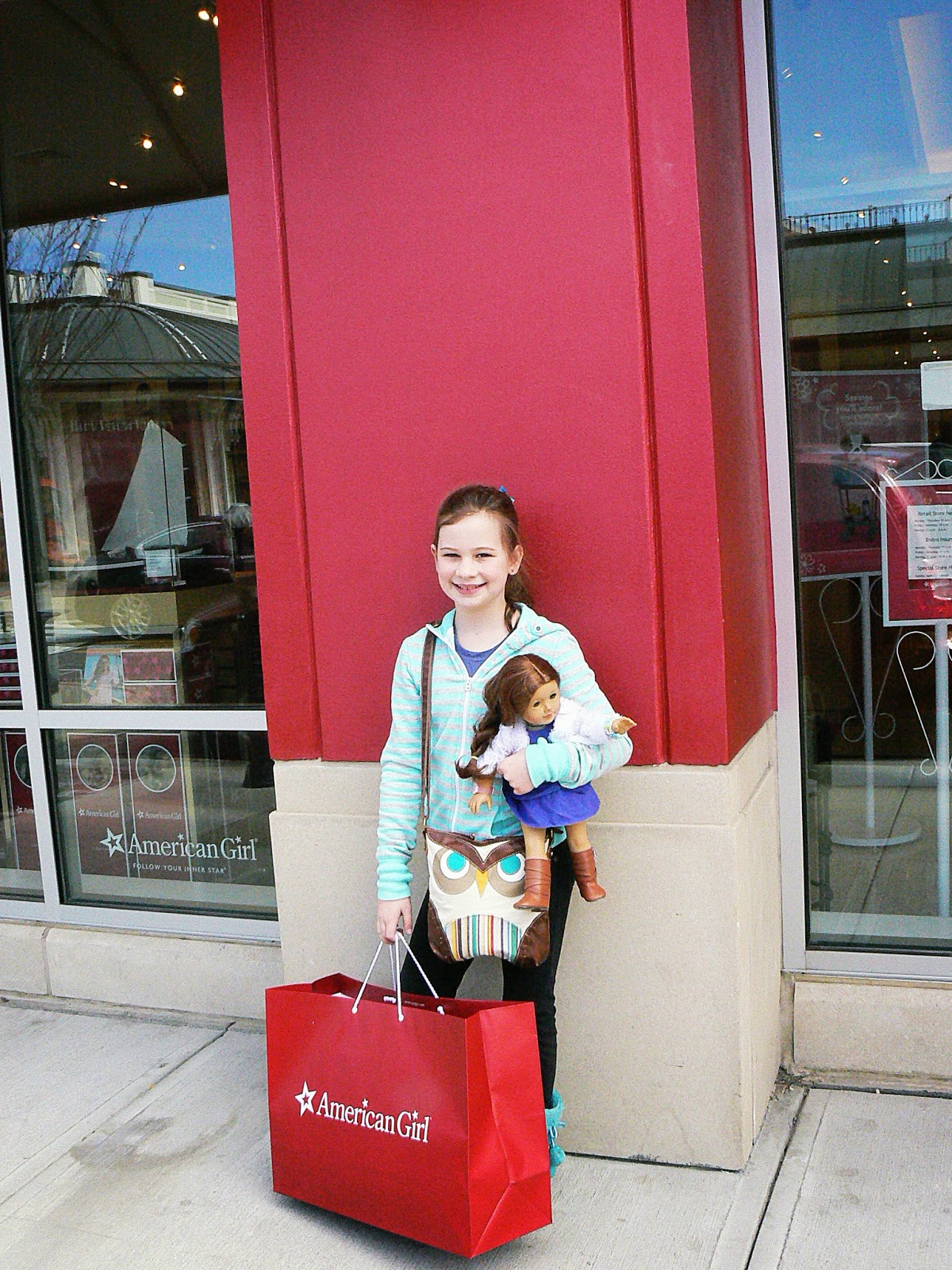