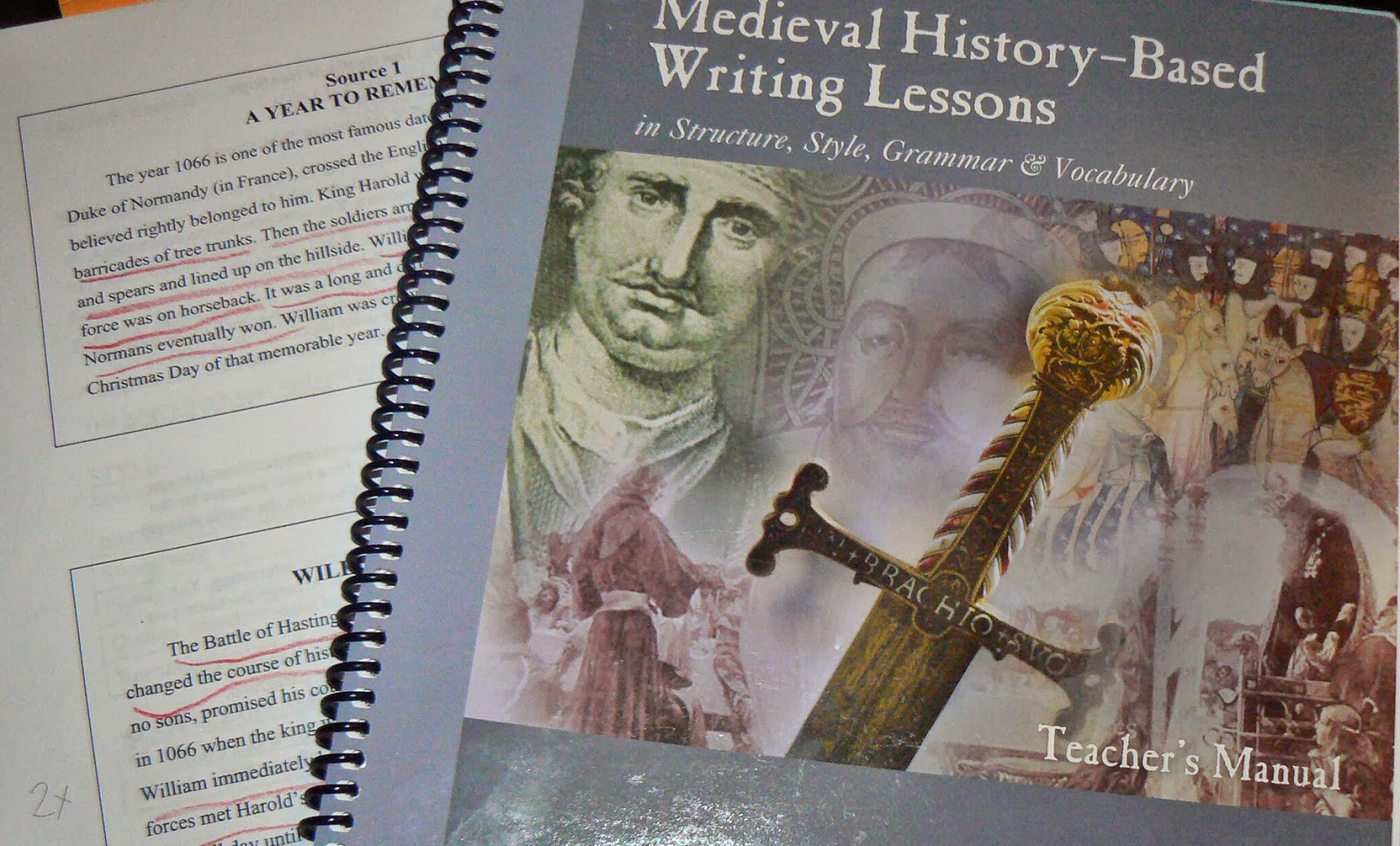 I've mentioned before that we use curriculum from the Institute in Excellence in Writing to complement the writing portion of our Classical Conversations Essentials class.  We have used this material for several years, so I am somewhat familiar with it.  However, since I am a contracted Essentials tutor this year, I have had to participate in a few trainings that have equipped me with even more knowledge of the IEW writing courses.  As a result, my children have benefited.  One aspect I appreciate about classically educating my children (and I've also mentioned this before) is that we pretty much do the same thing every year, we just expand on it in more detail as my children age and understand the concepts.  I truly wish I would have been educated this way.

This year, we are writing papers based on Medieval times using the Medieval History-Based Writing Lessons (pictured above).  Another reason I appreciate this program is because my children are writing about historical events.  Last week my son had to write a paragraph on the Battle of Hastings.  Because he knows what is expected of him, it took him less than 30 minutes to outline two different source texts and write a paragraph including Dress-Ups, Decorations, and Sentence Openers from the IEW course.

In the year 1066 a major battle occurred.  During the reign of King Edward of England, he promised his throne to his cousin William.  Upon his death bed, King Edward granted the throne to his brother-in-law Harold.  This was a mistake.  When William heard the news, he armed his men on horseback and rode to battle.  Harold ordered his men to guard the hillside with tree trunk barricades and provided them with sharp, double-sided axes and spears for weapons.  The Battle of Hastings, which was a bloody battle, lasted an entire day.  During the battle Harold was slain with an arrow.  Learning their leader had been murdered, his men slowly retreated.  Victoriously, William won the battle and on Christmas day was crowned King of England.
Posted by Anne at 9:36 AM