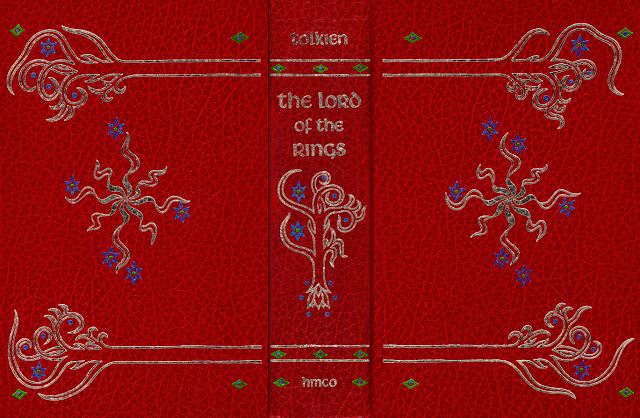 
The Lord of the Rings has always been one of my favorite stories, and I have read it numerous times over the years. A few years ago I thought I would share it with the kids too. Much like Frodo, I had no idea what I was getting myself into...

Although a wonderful story and beautifully written, reading The Lord of the Rings out loud is one of the most difficult things I have ever done. Vivid descriptions of forests, waterfalls, and landscapes that go on for numerous pages, references to lore that are obscure even within the story itself, genealogies, and characters with multiple names or titles, were only some of the challenges to reading out loud. During self-reading, one can skip some of these, or read them without full comprehension by moving on to the next element of the story. But when reading out loud, such things have to be contextualized and understood.

The result was a 3 year journey to read the series from start to finish. We took several very long breaks. We studied maps of Middle Earth. We traced journeys on the maps and reviewed which characters came from where, and what race. One thing that struck me is how integral the map of Middle Earth is to the story. I simply do not know how someone could follow the tale without knowing the geography too...just like our own history.

We have a rule in our home that one must read the book that a movie was based on before they watch the movie. This is so we have the chance to let our imagination work first, rather than having screenwriters do the imagining for us. The kids waited patiently for three years before they watched the movies. Then, it was a 9 hour film festival, replete with criticism of deviations from the story, to imagined landscapes and character portrayals.

One fun moment: in the first book, Samwise has to release his pony, Bill, into the wild so the Fellowship can travel under the Misty Mountains through the mines of Moria (check your map). My daughter, who was 7 at the time, was despondent that Bill would be killed by wolves, or the creature that inhabited the pool outside the gate. I of course knew that Bill shows up in Bree (check your map) at the end of the third book, but couldn't give it away. She wouldn't let me read to her for weeks until she had told us another "Adventures of Bill the Pony" story, whereby she guided him safely back to Bree, without knowing this was what actually happened. Imagine her surprise, two years later, when Bill was in his old stable waiting for Samwise to come back! And I like to believe that her stories made up the bulk of Bill's untold journey home.

For his part, my son understood every twist, every relationship, every character with several names in different languages, everything. Oftentimes I would find myself asking him who said something earlier in the story - which maybe we had read 18 months prior - and relying totally on his memory. He knew who had what hair color, or jewel, or was related to who else, without fail. His reading comprehension is simply unbelievable.
Posted by Anne at 11:40 AM