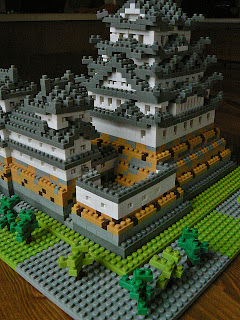 Over the past few months, we've been introduced to Nanoblocks.  Nanoblocks are Japanese building toys, and the smallest block toy in the world.  They are amazingly small micro-sized blocks, and they make Legos look like toddler toys.  For any Lego enthusiast, these create a whole new level of construction challenge.  The smaller the block, the greater the detail.

My children had tried (and succeeded) at several of the Nanoblock 'Mini Series' collection.  As a result, I ordered them the Deluxe Himeji Castle set (pictured above).  I loved this mostly because my husband and I traveled to Kyoto, Japan twelve years ago and spent a day visiting the 400-year-old hilltop castle complex.  The 2200+ piece set took my children (mostly my son) some time to complete.  He assembles a difficult Lego set in less than an hour.  This took him about a week.  There was a warning on the box stating it was not designed for children under 14, with a level of difficulty of 5, out of 5.  Ha!

My children have also enjoyed recreating their 'Mini-Series' animals with Legos.  Below you see my daughter's recreation of her penguin. 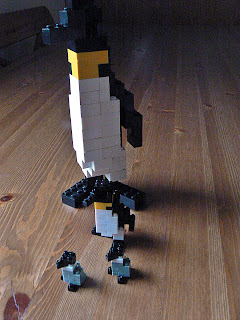 For added fun, here are a few pictures of our visit to Himeji Castle in 2001.  We took a team of college students with us and spent the summer in the city of Kobe.  Disclaimer -- I'm 7 months pregnant, that's why I'm hiding in the back. 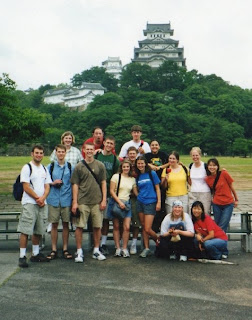 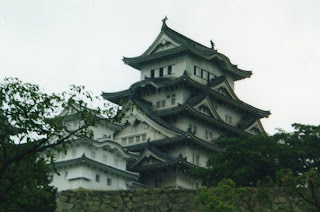